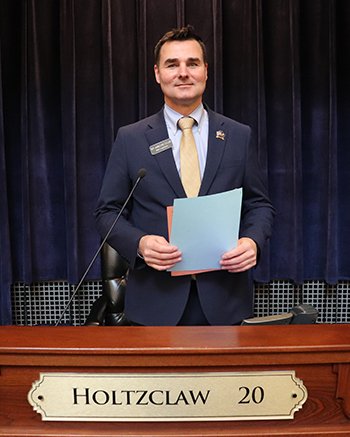 James was born to a working-class family. His father, James Sr., worked as a handyman and his mother, Betty, worked in a nursing home. From a young age, James felt the calling to serve his country and at 18 he enlisted in the United States Airforce. During his service to our country, James learned the importance of hard work, determination, and having a strong work ethic. He became the first member of his family to attain a college degree after graduating from George Fox University. James served our armed forces for 10 years and completed four overseas tours where he was awarded distinguished medals and commendations including Outstanding Airman of the Year, National Defense Medal and Outstanding Unit with Valor medal. In 1995 James was transferred to Mountain Home Airforce Base. In Idaho he found his new home and a place where he planted roots. James is a small business owner in Meridian and has been a real estate agent and property manager for over 20 years. In 2012 James continued to feel the call to serve and he decided to run for the Idaho House of Representatives. He is now Chairman of Commerce & Human Resources and he sits on the Transportation & Defense, State Affairs Committee, Justice Reinvestment and Veterans affairs committees. During his time in the legislature, James has fought continuously for lower taxes, fiscal responsibility and a smaller government. James is active in his community and has volunteered for multiple local non-profits like: local food banks, Suicide Prevention Hotline, American Legion and the Big Brother Big Sister.

What James has done for District 20

o He has protected the constitution by upholding Idahoans 2nd amendment rights.

o He championed a bill to ensure first responders have access to Mental Health resources.

o He voted to protect Idahoans rights to in-person voting.

o He fought diligently for the rights of homeowners against HOAs.

o Advocate of Justice Award for outstanding service to the public safety of Idaho’s citizens -Awarded by the Idaho Prosecuting Attorneys Association.

o Legislator of the year by Fraternal order of Police

o Legislators of the year by the Firefighters of Idaho 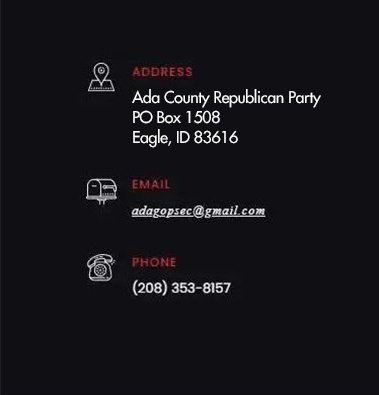