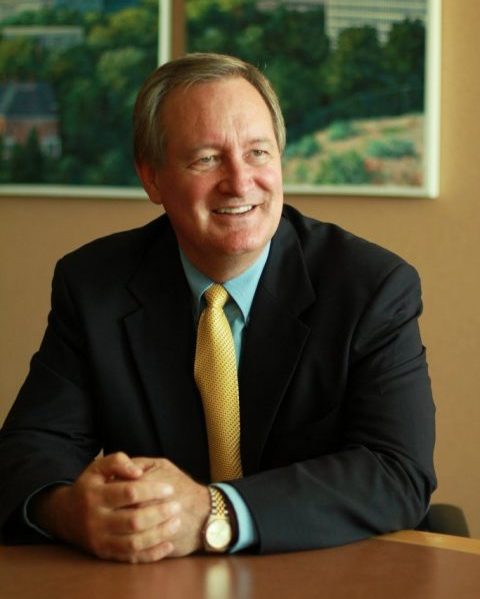 My conservative political activity started back when I was a teenager, helping my brother, Terry (who served in the Idaho House), go door to door on his campaigns, handing out literature and listening to the conversations he would have with the people in the neighborhoods he represented. When I returned to Idaho after law school, I wanted to be more involved in the local Republican Party and began attending monthly Republican meetings in Bonneville County. I eventually was asked to run for Precinct Committeeman for my home Precinct–which I did–and, in 1980, I was elected. I did this job faithfully for about four years, doing my best to organize the precinct and get all of our Republicans informed and out to vote. During that time (around 1981), I was asked and agreed to serve as the co-chair of the Bonneville County campaign for Phil Batt, who was running for governor. In these two capacities, I learned a lot by distributing yard signs and campaign materials, recruiting volunteers, poll-watching, and doing the hard work of fundraising–all the work that leads to turning out voters and winning elections. I have been a faithful Republican ever since. I have served as an elected volunteer Republican at the local level and in public office at the state and federal levels. From 1984 to 1992, I was an Idaho State Senator, elected to represent Bonneville County. During my State Senate tenure, my fellow Republican Senators elected me to serve as the Assistant Majority Leader (1986-1988) and then as Senate President Pro Tempore (1989-1992). In 1992, I was elected to Congress to serve as the U.S. Representative from Idaho’s 2nd District. I served three terms in the U.S. House. In 1998, I was elected to serve as a U.S. Senator from Idaho, where I currently continue to serve. My voting record has consistently been conservative, supporting efforts to promote freedom and liberty as intended by the Constitution and to reduce the size and scope of the federal government, including taxation, government mandates and overreach into state and local efforts. Our Constitution is under attack; current Congressional and presidential leadership have put it under constant assault, and we must be vigilant in protecting it. The experiences I have had–seeing radical far-left liberal tactics, observing how the actual public policies they seek result in deteriorating our culture and hurting our people—have proven the wisdom of Idaho principles and values. I have a very strong record of accomplishment in terms of both stopping bad policies and implementing good ones. I have had many opportunities to work to make the United States strong and competitive globally and domestically. I have been in the fight for our future and our freedoms and want to stay in this fight. This is not the time for me or any red-blooded Republican to watch from the sidelines. That is why I am running to be re-elected to the United States Senate, representing Idaho alongside my friend Jim Risch.

Protecting the Constitution: Limiting the Size and Reach of Government First and foremost, government should protect our freedoms and our Republic as outlined in our sacred Constitution. Since the beginnings of the Republican Party in the mid-1850s, its underlying principles have recognized the God-given blessings of liberty, freedom and opportunity, which lead to prosperity for individuals, communities, states and nations. I heartily agree. Government should secure our borders and limit immigration to only those who follow our traditional process for securing legal entry. Additionally, a proper government should facilitate a free market economy, not hinder it or stifle innovation with taxes and out-of-control spending. The proper role of government should be limited in its scope on regulation, spending and taxation. A robust private sector, not more government spending, creates real economic opportunity for families and small businesses in Idaho to develop and create their own American dream. We Republicans favor state and local control of government processes rather than the federal government. I continue to oppose and fight against severe government overreach. We need look no further than our nation’s capital to be reminded of the importance of this fight. The Biden/Schumer/Pelosi assault on American values and culture is dramatic and blatant. They are working aggressively to turn America into a classic socialist society. The Constitutional system of government that underlies our Republic is of the utmost importance and I am eager to bring my enthusiasm and experience to winning this battle being waged for our freedom and our future.

Fiscal Conservatism My fiscally conservative principles continually guide my efforts to rein in federal spending and address our nation’s fiscal health. I have hammered against the Biden Administration and Congressional Democrats’ reckless tax-and-spending proposals. The current level of our national debt is both unsustainable and unacceptable, which is why I am a current sponsor or co-sponsor of several measures to help rein in federal spending, including: • A balanced budget amendment to the U.S. Constitution requiring the President and Congress to enact annual balanced budgets and restrict federal spending to 18 percent of the Gross Domestic Product. • The Zero Based Budget Act (S. 2463), which would cut wasteful spending and reduce U.S. debt by requiring government agencies to justify their spending levels every six years with a zero-based budget and propose a reduction in expenditures by two percent. If re-elected, and if Republicans take control of the Senate, I will chair the Senate Finance Committee. Not only does the Committee oversee all federal revenue and tax policies, but it also has jurisdiction over health care entitlement programs (Medicare, Medicaid, CHIPS, Obamacare), which account for about two-thirds of the federal government spending. Much of the spending on these programs is on ever-increasing autopilot. These together make them the most significant part of our national fiscal crisis. This will put me in the position to lead on reforming not only our tax code to make our economy more competitive, but also controlling our entitlement spending.

Social Conservatism and Moral Values We must secure our borders from the alarming, record-breaking influx of illegal immigrants. I will continue to press for a solid solution that will secure our nation’s borders, not provide incentives for further illegal immigration through rewarding illegal entry, and implement sound, sensible immigration policy based on the rule of law. I am a strong proponent of the Second Amendment. It is one of our foremost Constitutional rights. I do not support gun control, and we should not burden law-abiding Americans with additional gun restrictions that will not increase public safety. I am proud of the A+ rating I have repeatedly received from the National Rifle Association for my strong record of defending the Second Amendment. Life is a precious gift from God, and I am committed to protecting the rights of the unborn. I have received a 100% rating from the National Right to Life Committee and an A+ from the Susan B. Anthony National Pro-Life Scorecard. Notably, I have also received a 0% rating from both Planned Parenthood and NARAL Pro-Choice America. I have consistently and will continue to oppose the legalization of marijuana. As Chairman of the Senate Banking Committee in the 115th and 116th Congresses, I opposed and successfully blocked legislation that would have allowed expansion of marijuana businesses, which remains a federally illegal drug.

“I have read the Idaho Constitution and the Idaho Republican Party Platform. Except for the provisions specifically noted below, I support the Idaho Republican Party Platform and accept it as the standard by which my performance as a candidate and as an officeholder should be evaluated. I certify that I am not a candidate, officer, delegate or position holder in any party other than the Republican Party.”
Article 1, Section 3.C.: I do not support repeal of the 17th Amendment. I believe Idahoans should have the right to elect their United States Senators in lawful State elections.

Article XIV, Section 3.A and E: I support the position of Idaho Chooses Life and the National Right to Life Committee (NRLC) on abortion issues, which is when the mother’s life is in danger. I have a 100% voting record with NRLC.