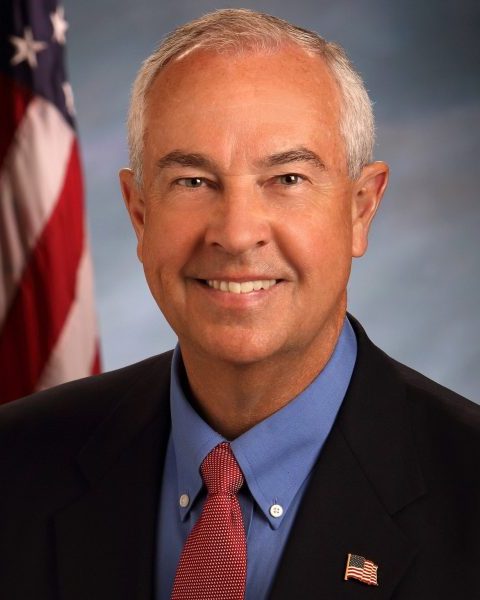 Dan’s dad taught him the value of hard work and his mom the value of honesty. He will forever be indebted to them. After growing up and graduating from high school in Atlanta, Ga, Dan Bridges attended the U.S. Air Force Academy and then served as a pilot in the Air Force, including wartime service in Desert Storm. During his service, Dan spent many weeks sitting on alert at the end of a runway, prepared at a moment’s notice to refuel B-52s on their way to the Soviet Union in the case of a nuclear conflict. Some things in life bring great clarity to what we often take for granted. As a longtime commercial pilot, Dan Bridges has decades of experience in accurately evaluating a challenging environment, determining the best options, working professionally with diverse fellow crew members, and, most importantly, getting his valued passengers to the important things in their lives safely and efficiently. Dan will utilize these invaluable skills to serve his constituents on their voyage of life. Dan has also served his community as a Boy Scout leader(both he and his two sons are Eagle Scouts), homeowner’s association president, chairman of a church preschool, and on the board of the Good Samaritan Home here in Boise. He has a wonderful wife, 3rd generation Idahoan, and two fabulous children and is blessed to live in the greatest Nation and State in the world.

Cost of living – After decades of low inflation, the citizens of District 18 are struggling more than ever to afford basic necessities such as food, energy, and housing. As your State Senator, Dan will be focused on lowering taxes across the board, creating opportunities for competition, and reducing costly regulations to improve both the availability and cost of everyday purchases. A special focus will be on young workers, the vital link to our future prosperity, and older Idahoans who live on fixed incomes.

Economy – Abundant, good paying jobs must be the bedrock of our future growth. To prosper, local businesses need highly qualified employees and those employees must be able to afford to live where they work. District 18 is the economic engine of Idaho, and as such, must have a seat at the table across a wide range of issues. As your Republican Senator, Dan Bridges will ensure that happens so that both businesses and individuals have the opportunities they deserve.

Respect – Respect is a basic principle that will drive how Dan serves as your State Senator. Respect for you, the constituents of District 18, will forever be front and center. You are what makes both this Nation and Idaho an incredible place to live and the beacon of freedom to the world. Your individual and collective wisdom and ability must never be underestimated. Dan will be your voice in State government and also your servant. Respect for his fellow legislators will always be the order of the day. Good governance only happens when reasonable voices engage in serious discussion about the needs of Idahoans. Respect for our beautiful Idaho and her lands and waters must be as heat to fire – just natural. And respect for our youth and their need for an excellent and appropriate education is absolute.